What Is Ethereum And How Does It Work?

Ethereum is commonly known as a cryptocurrency for enterprises. The developers of Ethereum built a blockchain and system that allows people to build businesses on their blockchain. Think about a city. Full of skyscrapers with companies and people working away. You can imagine Ethereum as the land and the skyscrapers. Ether is the coin that powers the Ethereum blockchain it’s the same as the electricity that powers the city. Ethereum originally started in 2013 on the back of a white paper by cryptocurrency researcher, Vitalik Buterin. His primary concept was to build decentralized applications using a new digital protocol. “Ethereum does this by building what is essentially the ultimate abstract foundational layer a blockchain with Turing-complete programming language, allowing anyone to write smart contracts and decentralized applications where they can create their own arbitrary rules for ownership, transaction formats, and state transition functions.

Again, the simple way to view Ethereum is more as a platform for building applications, businesses, enterprises, and even new cryptocurrencies. It can achieve this via the use of ‘smart contracts. These are ‘autonomous agents’ that operate on logic. For example, if A does B then C does D. These smart contracts can be far more complex than that. They can be as complex as verifying the identity of someone that might be applying for a new trading account. Or they could be a smart contract to pay out a certain amount of money on the delivery of a particular product. The key point is a smart contract can be used for anything. It can be fully automated and trusted. Thanks to the blockchain system and its decentralized nature, it is the perfect tool to build an enterprise on.

How Does It Work?

While we view Ethereum as the world’s most important system for future digital business, we also need to make sure we don’t dismiss this as just some kind of software platform. Ethereum is developing in a way where it’s almost taking on its own life force. Already there is an entire ecosystem of new applications based on Ethereum. The best way to get your head around this is to almost t like the Apple App Store on the very first day of existence and then the explosive growth of apps and the billions in wealth it has helped generate. Investing in Ethereum now is like being on the ground level of day zero of the app store. This is already creating a new enterprise that we never dreamed of existing before. Take, for instance, an Ethereum based enterprise called Golem. This is a company that’s trying to decentralize computing power.

Let’s say you have got a nice computer that you regularly use to surf the web. And that’s pretty much all you use it for. It’s likely you’re using maybe 20% of your computer’s processing power. That is 80% are wasting. But what if you could rent out that 80% or rent to someone who needs more like a high-end graphic designer. A designer who doesn’t want to have to pay the prices for Amazon Web Services or Microsoft Azure. They might not need heaps of computing power all the time. Just some of the time.

So they rent computing power from you, and maybe 10 other Golem users. The renter pays you in Golem. Golem tokens become the method of payment, transfer, and fuel for the Golem system of decentralized computer power. This is a real enterprise. And Golem tokens are real tradable cryptocurrencies. The thing is, Golem is built and based on Ethereum. Golem might be an up-and-coming digital business, but Ethereum is its core foundation. The more enterprises develop and build on Ethereum, the more powerful it gets. And we see it developing like the explosion of the internet 25 years ago. And in order for this Ethereum organism to flourish, in order for the construction of enterprise on Ethereum, it needs energy. It needs fuel. As the Ethereum white paper explains, Ether is to Ethereum what electricity is to the internet.

And this is an important aspect to understand the future value potential of Ether. Think of it as a commodity. A limited resource that the whole system needs to use to work, but which is in limited supply. Early investors in Ether will be like the Saudi and Russian oil barons we hear about today. Untold wealth was built on holding all the major oil resources from decades earlier. Imagine in a decade or two being wealthy enough to call yourself an Ether baron.

That’s the kind of insane potential this just might have. As Ethereum grows in size and stature and attracts major global corporations, the value of its fuel, Ether, should rise. And rise and rise. The bigger it gets, the more it needs Ether. And those that hold it, and use it to help fuel the system could turn into Ether millionaires, maybe even Ether billionaires in the coming future. 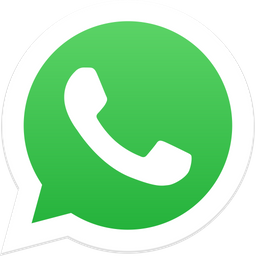